Sabesp is a mixed capital company that was founded in 1973 and is currently responsible for supplying water and collecting and treating sewage in the 375 municipalities of São Paulo state.

It is considered one of the world’s largest sanitation companies in terms of population served. It supplies 28.4 million people with water and provides sewage collection services to 25.2 million people.

Sabesp is responsible for around 30% of the investments in basic sanitation in Brazil. Between 2022 and 2026, it plans to invest approximately R$ 23.8 billion, focused on expanding water availability and security, without jeopardizing the improvements to sewage collection and treatment ratios.

As for water recycling from sewage treatment, Sabesp produces, supplies and directly sells the product through its own stations and as a partner in Aquapolo Ambiental, which supplies the Capuava Petrochemical Complex.

In addition, in the non-domestic sewage segment, the Company is a partner of Estre Ambiental in Attend Ambiental and it has recently created Paulista Geradora de Energia S.A. in the electricity segment, in partnership with Tecniplan Engenharia and Servtec.

The Company also provides advisory services on the rational use of water, planning and commercial, financial and operational management, currently operating in Panama, Honduras and Nicaragua, in partnership with Latin Consult in the first two countries.

The control, oversight and regulation of our operations, including tariffs, are mostly carried out by the São Paulo State Public Services Regulatory Agency – Arsesp.

The Company’s shares – all common and voting – are traded in the Novo Mercado segment of the São Paulo Securities, Commodities and Futures Exchange (Brasil, Bolsa, Balcão – B3) under the ticker SBSP3 and on the New York Stock Exchange (NYSE), in the form of American Depositary Receipts (Level III ADRs), under the ticker SBS. The Company continues to be listed in the main B3’s indices. 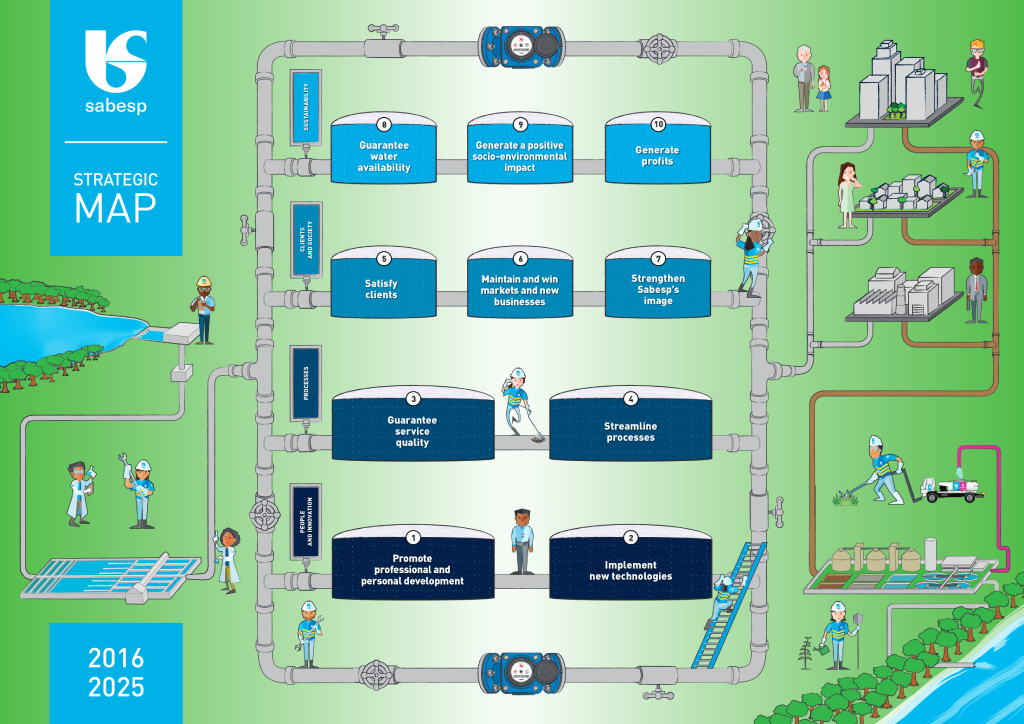